On May 4th, 2009, seven or so Firefighters from United Fire & Rescue from the Baldwin/Hammond/Woodville area of western Wisconsin arrived with a whole bunch of equipment and promptly began the process of burning off a couple of our fields as a training exercise. We've had a few of these controlled burns before and I can say that these firefighters were certainly up to the task!

The pictures below are a sort of pictoral progress report of the event, which started at about 5:30 PM and finished well after dark.

We had 5 fields to be burned, 40 Acres, 20 Acres, 10 Acres, 5 Acres and 4 Acres. Due to the nature of the spring, that is, too wet, then too dry, too wet again, too windy, etc., they couldn't get at it until just now. But they got the biggest field burned. And then, when I thought they were done for the day, they jumped back in and did the 4 Acre field too. A great bunch of folks!

Things are starting to green up now, so we don't know if we will get the rest of the fields done or not, but last night's well "controlled burn" sure got us off to a good start. 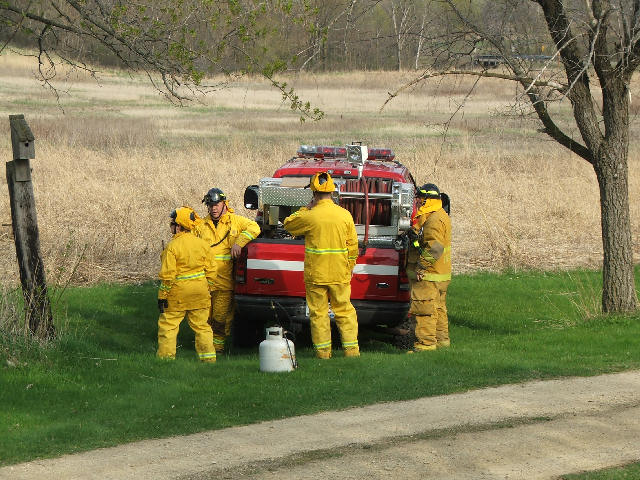 Getting Ready to Burn 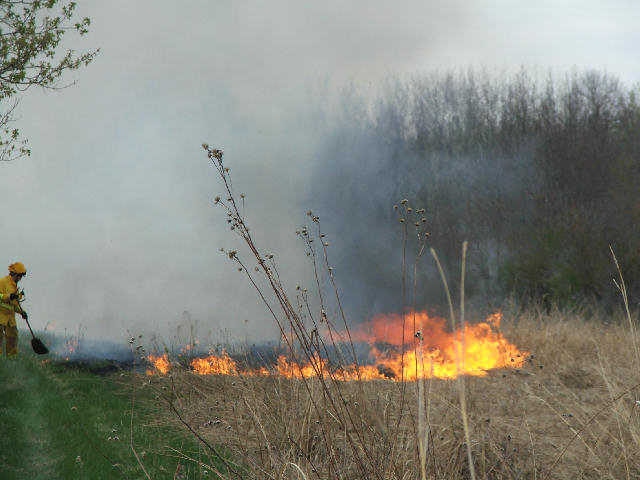 A Good Start To Burning the 40 Acre Field 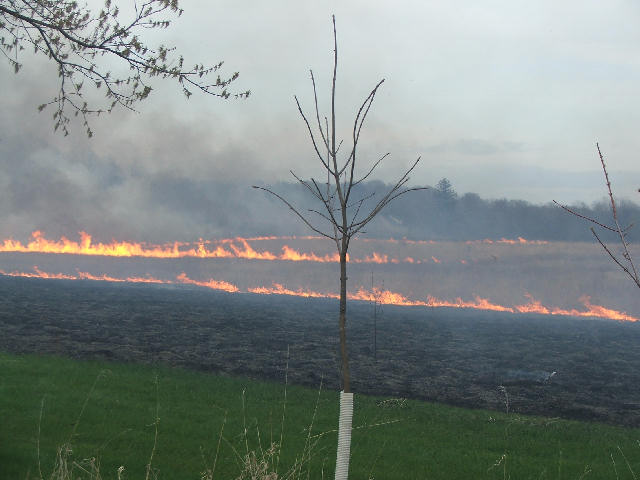 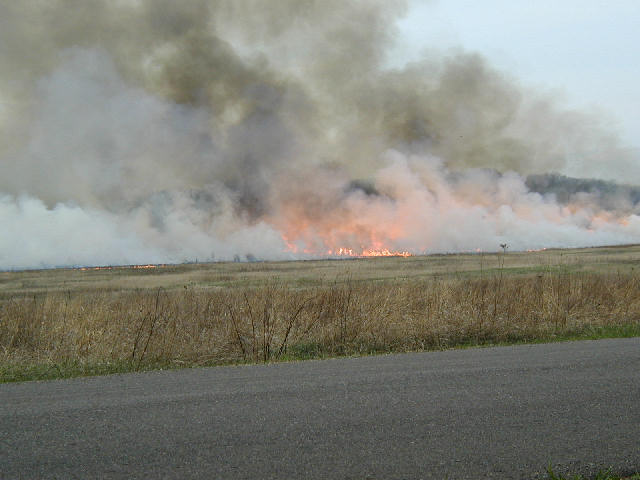 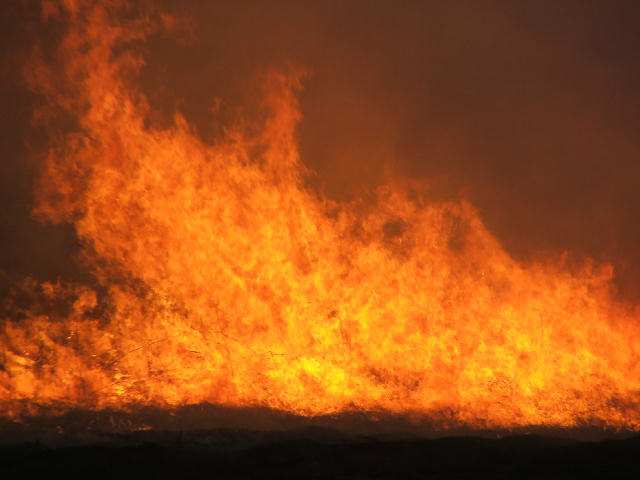 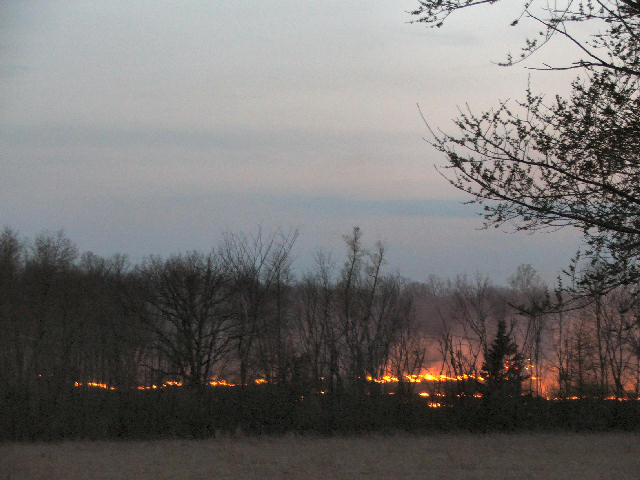 Another 4 Acres Before Dark

After the burn, and for this season, we harvested a little over 200,000 pounds of hay from these fields. It was one of the coolest summers that we have had in many years.