On Tuesday, December 21st, 2010 the roof of the 40 X 60 foot building that we call the "Hay Barn" collapsed under the weight of two feet of snow plus an inch of ice. We had been visiting friends when it happened, so the pictures immediately below show what we saw when we drove in the driveway upon our return home.
Although we call it the "Hay Barn" it is the building where we store my triphammer collection, 5 garden tractors, 2 farm tractors, a backhoe, the snowplow pickup and 10 or 15 Cushamn Tracksters, in addtion to a lot of other miscellaneous equipment.

Here are some pictures before we started clean up 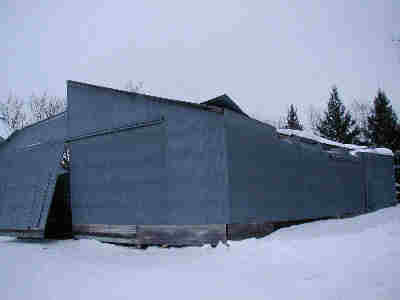 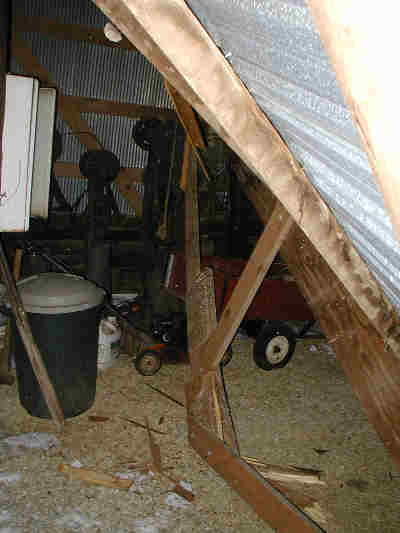 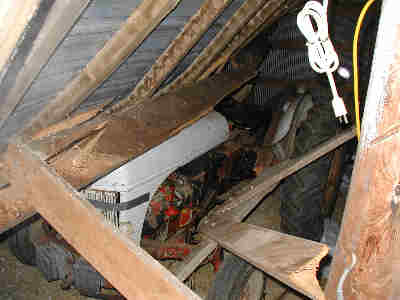 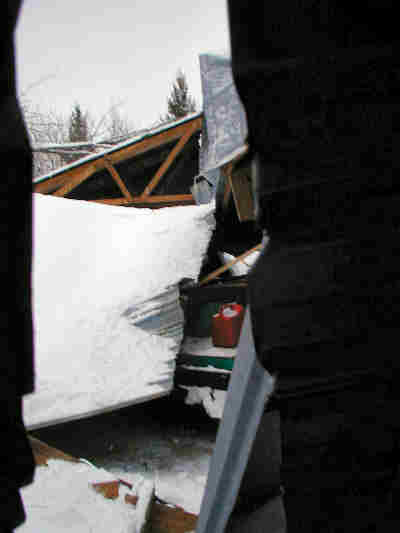 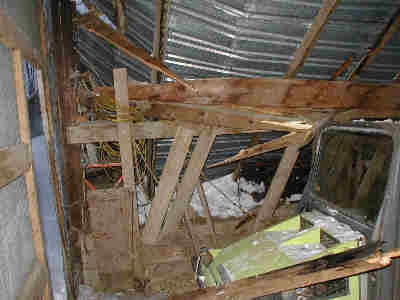 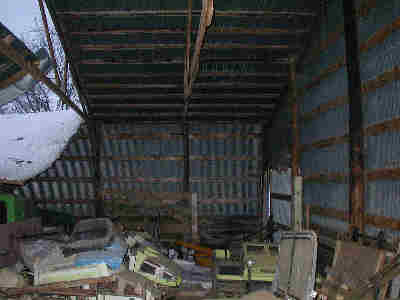 The force of the roof coming down threw slivers of wood 8 to 10 feet out into the approach to the west side door.

After removing a few tons of snow by hand just to get some weight off the smashed roof steel, we hired a local carpenter to remove the collapsed roof. As he and his helper got sections of roof out of the way, I went in and assessed the damage to equipment. I then removed those machines that would still move under their own power and put them elsewhere.
Then the guys would remove some more roof, I'd move machinery, etc., until I got everything out of there that I felt needed moving at this time.

Here are pictures after the initial cleanup

On Friday, Dec 31, I signed a contract with a local builder to repair the building. It will get all new trusses, a complete new roof and other repairs to bring it back into service. It should be ready to restock by about the first of February.
I can get it repaired for about one third the cost of starting all over.

On January 24th, 2011, the materials were delivered. Our material was part of a semi load. The driver parked down on the road after several unsuccessful attempts to back up our driveway. The semi's tractor acted as a forklift after it was uncoupled from the trailer. He couldn't handle the trusses (a 3000 pound bundle), so I had to drag them up the driveway behind a tractor.

On Friday, January 28, the reconstruction began.

The Whitetail Builders finished up on Tuesday, February 1.
Now the job is to get as much of the snow as possible out of the inside of the building and put the machinery back inside.
Total cost was $12,300.